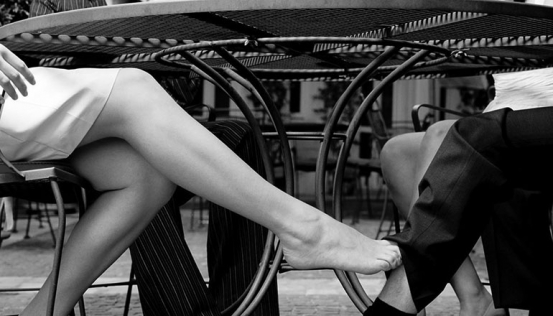 A 13-year-old boy, who caught his mum making love with her boyfriend in the bush has revealed her secret to their community in Middle Sabi area of Manicaland, Zimbabwe.

His mother, Chipo Dhliwayo, 36, reportedly fled the scene, when she saw her son, leaving behind a black underwear.

The scandal came to light when the boy beat up his mother and accused her of being ungrateful to his stepfather, who has proved to be a good husband over the past 10 years as well as a good father to the children they have including treating the boy like his own son, reports iHarare.

Dhliwayo, chased her son around their compound until she caught him. The boy narrated to the onlookers that his mother had been cheating on his step-father and that he had proof, if only they could follow him to the nearby bush.

“We followed him and to our utter horror, we saw the black undergarment lying in the bush. Upon interrogation, Dhliwayo told us that her lover was Mbwetete, a neighbour.

“We could not believe it and we waited for the husband, Witness Mbeure to come,’’ Mr Happias Sithole, a local resident said.

The couple is understood to have gone to Middle Sabi Police station in an attempt to get help.