Relationship Advice: Female Orgasms Are Better Than Saying “I Love You” 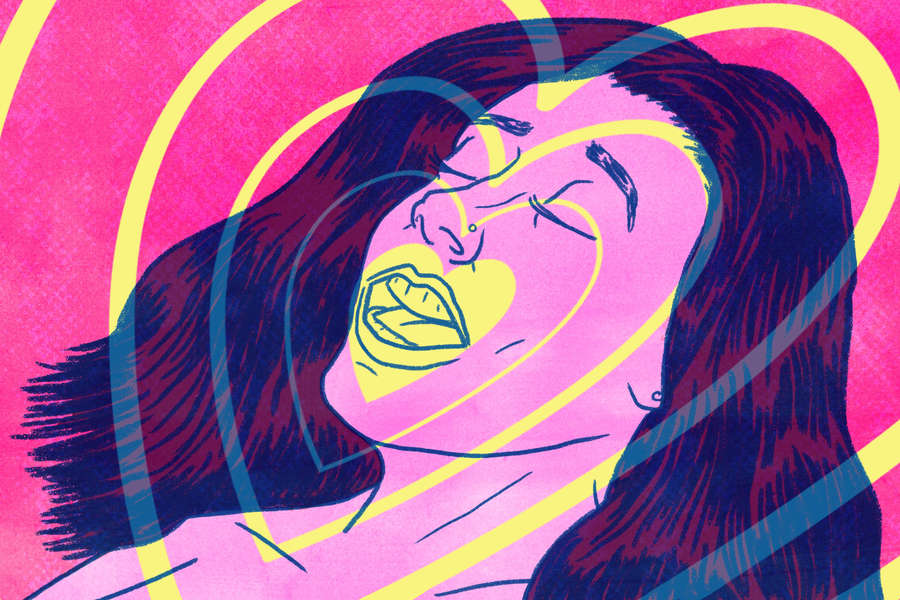 The way to a woman’s heart isn’t romance: it’s orgasms.

In one of my favorite scenes from American Pie, Kevin solicits relationship advice from the impossibly chill and all-knowing love guru, Jessica. He needs help with his girlfriend Vicky, who’s pissed because Kevin won’t say the “L” word. Jessica gives it to him straight: “You’ve got to either give her the big ‘L’ or the big ‘O,'” she says. Translated, Jessica’s telling Kevin to do one of only two things: either say “I love you” — or give Vicky a great, toe-curling orgasm.

I found out just how perfect Jessica’s advice was during my freshman year in college and had my first orgasm with another human being. The boy I’d bedded was instantly my new obsession. Turns out my experience wasn’t unusual — orgasms make women fall in love by rendering them incapable of coherent, rational thought. But why?

Well, because our brains don’t know the difference between real love and casual sex at all. Here’s how it works.

An orgasm is about more than just pleasure​

To better understand the power of the orgasm, it’s important to know what an orgasm actually does to a woman. Erin Basler­-Francis, M.Ed., content and brand manager at the Center for Sexual Pleasure and Health, breaks orgasms down into four phases: excitement, plateau, climax, and recovery.

Attachment bonding happens between partners during climax when the brain releases oxytocin (fittingly called the “love hormone”); a neurochemical capable of relieving pain, decreasing stress, and fostering feelings of closeness. That’s exactly what causes the after-glow high during “recovery” — and the mushy feeling you have when you see or touch someone you love.

No wonder your brain and body confuse sex and love. It’s science, OK?

Tapping into pleasure centers is as addictive as any street drug

An orgasm is the only thing that outranks chocolate on the list of things I love. And now I totally get why.

Scientists in a 1950s experiment wired the brains of rats so when they pressed a button, electrodes stimulated pleasure sensors. The rats responded by pressing the button up to 7,000 times a day. Many of them starved to death, forgoing food in the name of pressing that damn button. We’re no different; willing to do anything to get that fix.

Orgasms make us love-drunk. We’ll even go back for more pleasure when we know someone is bad for us; ditching logic in favor of getting off.

Having an orgasm during sex is hard AF for us ladies

As any female traversing the Land of Milk and Fuckboys will tell you, finding a guy who can get you off is about as rare as finding a good leather jacket in a thrift store. The female body doesn’t come to climax by the sheer will of two bodies bumping and grinding against each other. The female orgasm is more complicated than that.

One in three women cannot achieve orgasm from penetrative sex alone, according to Planned Parenthood. These ladies require (not want, not feel like having, REQUIRE) clitoral stimulation to come. Given this fact, it’s no surprise that having an orgasm with a guy would make us feel clingy. We’ve accomplished an enormous feat! Letting that go would be a travesty.

We get attached to guys who know how to please a woman because it appears to say so much about who they are as people. After dating so many guys who don’t know and don’t care to learn about a woman’s pleasure, finding one who does melts away doubts about his character. If he cares about your clitoris, he must care about your heart, right? Wrong. But your body doesn’t know that.

This is why, as you’re lying in that tangible, post­-orgasmic place of zen, you feel that sense of closeness, no matter the relationship you have with the partner.

Sign up here for our daily Thrillist email, and get your fix of the best in food/drink/fun.