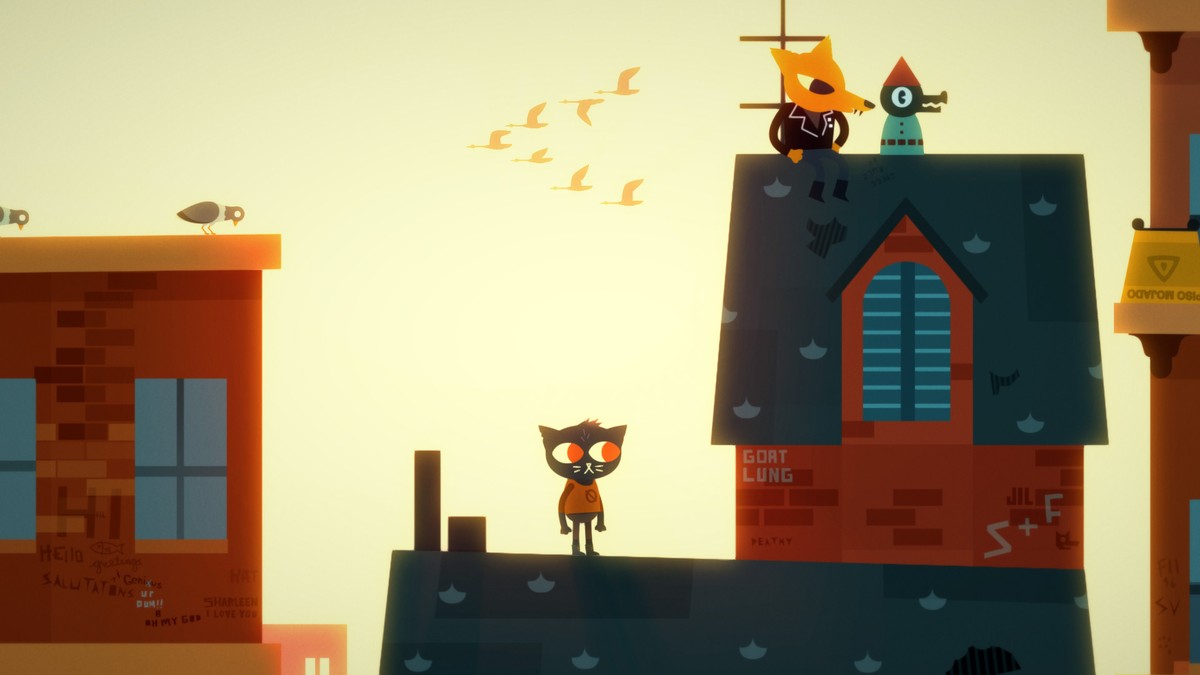 The Bundle for Racial Justice and Equality, a group of over 1700 games that you can buy for just $5, has now raised over seven million for The NAACP Legal Defense Fund and the Community Bail Fund. If you haven’t forked over the money yet, the deal ends tonight, and it’s simply too good to miss out on.

It isn’t just the cause, though it’s a very good one. It isn’t just that you’ll get acclaimed indie games like Night In The Woods, Overland, Celeste and A Short Hike. The Bundle for Racial Justice and Equality is also just a treasure trove of art by creators that you’ve never heard of before.

Take the game Oikospiel, for instance. I stumbled across that game ages ago, unsure what to expect from a so-called “dog opera.” Playing that game is like exploring someone else’s dream. You play as a German Shepherd, traversing a series of surreal environments essentially for the sake of traversing them. It’s a series of jokes delivered in a way that only games can, by leading the player through environments that upend with their understanding of how games are played. The idea of someone stumbling upon Oikospiel and experiencing its delights makes me happy. That it might happen by complete accident makes me even happier.

The lack of curation in the Bundle for Racial Justice and Equality is both a blessing and a curse. On the one hand, it is difficult to tell what you should take a chance on. On the other, it reminds me of the golden days of Newgrounds, where there would be hundreds of new, weird games made by independent creators available to me daily. I can feel my brain expanding when I look at the kinds of games that people are making that I didn’t even know about. Mu Cartographer has the player mapping alien landscapes; there’s a game about jousting on unicycles; Glitter Hearts is a tabletop RPG where you play as a team of anime-ass magical girls. I feel like a kid in a candy shop just thinking about it.

If you have ever lamented games being boring, then you need to buy this bundle. People are still making weird shit in the margins, and they’ve come together to earn millions of dollars in honor of the ongoing protests over police brutality in the United States. Pitch in before tonight, and reap all the strange, fascinating rewards.

Get a personalized roundup of VICE’s best stories in your inbox.

By signing up to the VICE newsletter you agree to receive electronic communications from VICE that may sometimes include advertisements or sponsored content.