Would You Kiss This Fish? 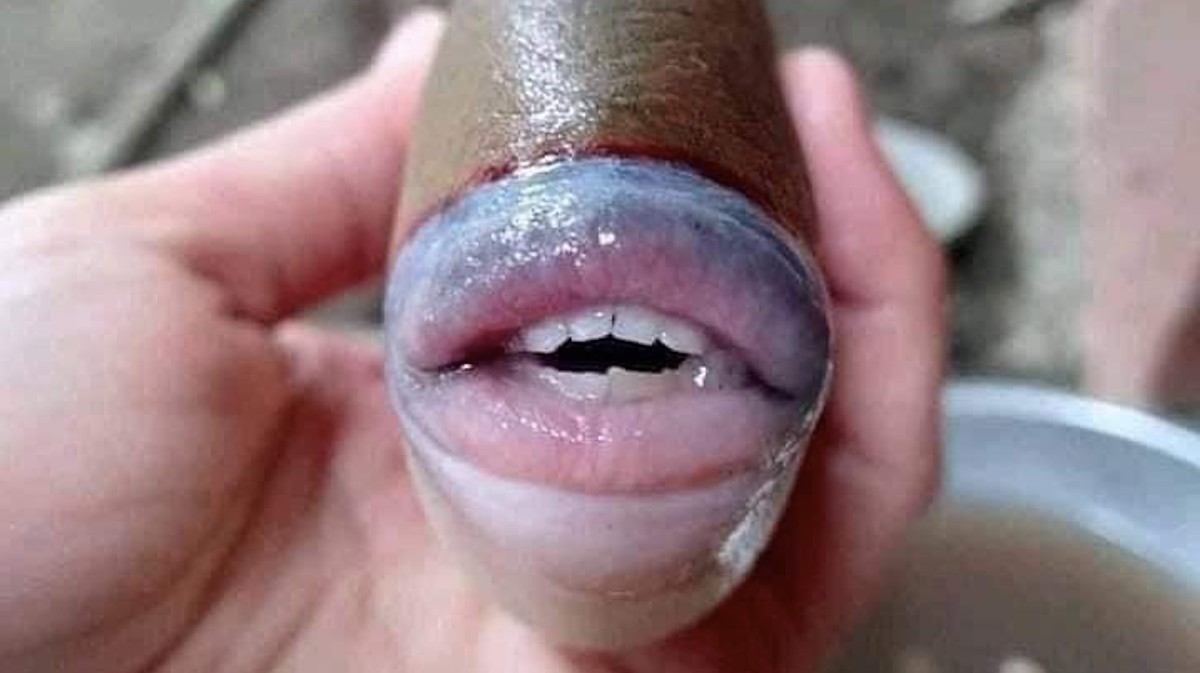 It’s been quite a week so far. Hackers are tweeting scams from billionaires’ accounts. A startup CEO was found dismembered in his Manhattan apartment. There’s this warship that’s just, like, on fire indefinitely. All of that on top of the general world-ending stuff of 2020. We didn’t need more chaos energy in this timeline, but here comes a fish with teeth like a person and plump, moist lips.

Every once in a while someone reels in a freaky-deaky looking creature from the sea, and every tabloid is all over it. This time, it’s a triggerfish, which apparently have teeth like humans, used “to crush and chisel holes in their hard-shelled prey,” according to the NOAA.

The lippy fish was first reported by the Rakyat Post as being caught in Malaysia and then circulated around messaging apps. Most triggerfish have more pointy teeth, but this triggerfish’s teeth are particularly human-like and square—and the real star is its lips.

I can’t top the pun game happening in the New York Post and the Mirror about this thing (“Trout with a pout?” “Kim Carpdashian?” Okay!) but I will be the one to ask what’s on everyone’s mind: Would you kiss this fish? Hypothetically, I mean.

There’s shockingly little scholarly literature available online about the health risks of smooching fishes, despite it being common practice among fishing enthusiasts to get the camera out for a kiss pic. The closest I could find was an article about human giardiasis passed from fish, but it’s probably safe to assume you can catch some nasty shit from putting your lips on a fish’s raw, live lips anyway, no matter how lucious—they swim around in their own poop and sometimes, blood, after all.

Is it so wrong, however, to say this fish has some DSL? I think we, as an enlightened society, should not be afraid to acknowledge this. I’m not saying you should get erotically involved with a fish. Even if you are a fishie, please don’t make out with actual fish. Before PETA emails me: I am NOT endorsing kissing this fish or letting it kiss you, anywhere, in any way.

But if you could? You would.

Get a personalized roundup of VICE’s best stories in your inbox.

By signing up to the VICE newsletter you agree to receive electronic communications from VICE that may sometimes include advertisements or sponsored content.